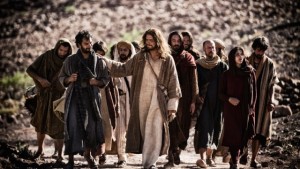 Jesus is the pinnacle of God’s speaking to us. The infinite and unknowable God has told us quite a bit about himself in the humanity of Jesus which the opening of the church in Vatican II to scientific research in the disciplines of history and linguistic studies has brought to the attention of the Catholic Church and the rest of humankind. Scholars have largely recognized that some 225 verses from Matthew and Luke come from a common and much earlier source representing his initial public life in Galilee. When read apart they portray a Jesus quite different from the rest of the gospel narrative. Many scripture scholars refer to them as a lost Gospel, a pre-Easter Jesus and when read apart there is no doubt they portray a Jesus quite different from John and the rest of the synoptic narratives.

The parables of Jesus and his wisdom sayings,  his so-called “words,” although always parts of the gospel come across almost as a secondary aspect of his message, overshadowed by the impact of the coming of the Messiah, the crucified and Risen Christ. The Jews of Jesus’ time had been waiting for a Savior for many centuries of suffering and Jesus was recognized to be that Savior, a divine emissary of their God, expected to appear in glory even in their lifetime. The rest of the New Testament narratives in general, all culturally, time and place specific influenced, were written in the cities addressed to specific readers for specific circumstances. And although the humanity of Jesus had always been fundamental to his message, the impact of the appearance of the “Messiah,” his crucifixion and rising from the dead simply eclipsed the fact that his humanity could portray to us the human face of God.

However, biblical research begun some 150 years ago has reached almost unanimity in its acceptance of the Quellen (German for source), as an independent source some 20 to 25 years after the crucifixion for our knowledge of the parables and “words” of Jesus. Paul’s letters have been considered  the earliest written sources about Jesus though clearly meant for urban, already organized groups. Matthew was probably a scribe writing some 15 to 20 years later for Jewish followers that needed independent organizational structure. Luke was a doctor obviously a cultured urbanite . And Paul in God’s providence an educated, urban cultured Pharisee would not be interested in the where and how of Jesus, a Galilean peasant, as a human person filled with the divine. In his eyes the historical details of the Palestinian prophet simply paled in importance to his coming as the culmination of God’s revelation to the Jews and Savior of all mankind.

Today, after centuries of darkness about the historical Jesus, the evolution of our knowledge about his Pre-Easter life as a Palestinian peasant can be a spiritually game-changing experience. In contrast to the Jesus of the later New Testament writings preoccupied with propagating a Messiah intent on organizing his followers into a structured religious body,  Jesus is described as a deeply spiritual prophet with followers, probably unlettered, showing no signs of ever having visited a big city.

Until his death, the very  human Jesus invites us to a different type of relationship with God our Creator whom he calls his father (and in another culture would be mother too). Instead of seeing a Creator God as a judge of our observance of laws and religious prescriptions he asks us to work with him and his almost indulgent loving father/mother to bring about a new kingdom on earth, where people live in harmony and treat one another with equal dignity. It is a positive message without threats of recrimination where his father/mother, the Creator of all, is the loving centerpiece of a relationship inviting its children under  special care and guidance to live in harmony as brothers/sisters. In stark contrast to the domination of the Pax Romana Jesus invites us to walk and work with him to establish this Kingdom of God on earth.