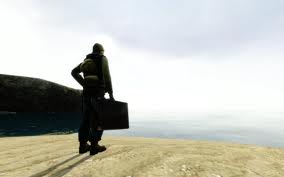 The great discovery encountered in the Lost Gospel was not the passages of Matthew and Luke(See Post No. One), always available, nor the scholarly consensus on the validity of its hypothesis, but the convincing and engaging humanity of Jesus himself, God’s divine messenger to the human race revealing the creator’s universal father/motherhood. Up to recent decades of development in the discipline of modern history, text analysis, and their ancillary sciences Jesus’ genuine humanity, except for a privileged few like the great mystics of our faith, had been obscured and lost sight of by the historical impact of the divine, crucified and risen savior, beliefs that launched the organization of a church. Neither the apostles nor his crucifixion in Jerusalem and later resurrection are mentioned in the 200 plus passages of The Lost Gospel.

There you find there the winsome picture of an uneducated at least by the contemporary urban standards, quite unconventional Galilean peasant prophet in an open interaction with his physical and social environment. It is hard to transport ourselves to spend some time with Jesus in rural Galilee and environs where no newspapers, television, or organized public entertainment would be continuously bombarding our attention. Perhaps a random, strangely dressed international traveling merchants aroused curiosity. It is known that Jesus and many of his rural countrymen were or had been followers of John the Baptist. In a more sinister vein the underground Zealot movement against Roman domination probably was followed with intense but careful attention by many of the rural populace. Religion events and work made up everyone’s life.

But, Jesus’ public appearance in the rural countryside was unique. He was one of their own and in the surroundings of Nazareth his enigmatic personality as an outgoing, people loving carpenter, but, at the same time an exceptionally devout Jew who regularly spent long nights in prayer must have been noticed for many years. According to Luke when in Nazareth he publicly revealed himself as a prophet his fellow townsmen (estimated population 200)  tried to do away with him (Luke: 4,28-30).

Jesus’ prophetic message was as novel as he was. He didn’t threaten with punishment for past sins or a profligate lifestyle. Jesus announced that the God of Israel and all creation is also their father who watches over them with love and care like Joseph his human father. The children of God’s kingdom are much more important than the birds of the air who thrive in freedom and the lilies of the field that dress splendidly. He transmits to his listeners the language of this same father/mother, who inspires unconditional loyalty, the hallowing of God’s name and sincere compassion for the unfortunate, appealing to the language of their heart and daily prayer, the Schema. It was the opposite of the behavior of the Pharisees who teach strict adherence to religious laws, seek the first row of the synagogue to pray, but then shake down the poor widows.

Jesus called for a new mindset (regularly translated by mistake as repentance)  for following his simple way that would usher in a new religious vision where Israel’s Creator God would reign as “it is in heaven”  in place of the Roman system of domination. The beatitudes are for the last in this world. But they will be the first in God’s kingdom. Peace, forgiveness, and harmony will replace the sword. Even with serious differences the proper behavior in God’s reign will call for moderate behavior, “….when you have a judgment against your neighbor, discuss it first…” His message had to have been strange and hard to believe for his fellow countrymen being heartlessly crushed by a triple tiered domination system, the Roman conquerors, a Jewish client king, and the temple priestly caste.

Jesus reached out not only to his fellow peasant co-religionists, but promised a new reign to everyone, social and economic outcasts that most of his listeners, would never invite to their table, “…Go out right now into the streets and alleys and invite the poor, the crippled, the blind and the lame.”(Matt: 22, 1-10); the tax collectors, prostitutes, public sinners: those that have no place in any kingdom, the hoi polloi, the impure, ostracized by their own Jewish social and religious standards. Jesus not only dined with them, but enjoyed their company to the extent that when compared to John the Baptist he was branded by his enemies as “…a glutton and drunkard…” His father’s kingdom was for all, the mainstream, the lost, forgotten, the outcast.

A compassionate as well as astute critic of his listeners’ socio-economic life, Jesus offers them a fresh vision of Israel’s creator God for his chosen people,–after all God was father for all–a system of justice tempered by love and understanding instead of crushing economic abuse and domination. In an economic system where only a few rich and powerful of the community enjoyed in abundance the benefits produced by the peasant land owners and their poor day laborers, the good news announces his father’s reign where all will have sufficient sustenance for a life of dignity and freedom that frees them from anxiety enough to permit them to “hallow his name.”  Ever present differences will be settled by returning a slap in the face with a turn of the other cheek or offering someone who tries to steal your cloak your shirt as well, metaphoric expressions of willingness to dialogue and accept  another’s right when as frequently occurs it is in conflict with your own. Jesus’ program will usher in a new era of peace where members of the human family solve their problems without violence as brothers and sisters of a common creator/father/mother.

Most scripture scholars either accept the hypothesis of the Quellen, at times referred to as The Lost Gospel, or agree to the fact that the selected passages (over 225) represent the earliest written manifestations of Jesus’ public life. The hypothetical Codex that probably furnished the material for The Lost Gospel has been calculated to date from around 53 CE, more or less the same time as the first authentic epistles of the Apostle Paul, which would mean probably 20  some years after the crucifixion.

The canonical gospels on the other hand, written 40 to 50 years later (Luke is estimated to have been written around 80 CE) for established Christian urban communities describe a different Jesus, a triumphant divine savior, who although subjected to the horrors of crucifixion, had conquered death through the resurrection. Intermingled with parables and sayings from The Lost Gospel the canonical gospels use urban and probably embellished narrative to portray activities that establish the apostles, especially Peter, as the framers of what Jesus’ life stood for. The emphasis has changed from the human Jesus with a human message to a triumphant Christ and his apostles. The Evangelist Luke’s Acts of the Apostles tells us that the followers of Jesus during those fifty years  grew in number throughout all of Palestine, Judea, Samaria, and beyond into the gentile world of  Asia Minor.

Jesus in The Lost Gospel speaks to the deepest yearnings of humankind in search of God. He speaks the language of the heart that he had learned from a lifetime of intimacy and communion with his compassionate father. He addresses his listeners with poetic glimpses of their common human community to give divine lessons that can only be understood when translated into the language of the heart. What he teaches by word and example is a positive message of life and hope for all, the outcast and sinners, as well as the fortunate and good. His was truly a message of  the “Evangelium,” or “Good News.”